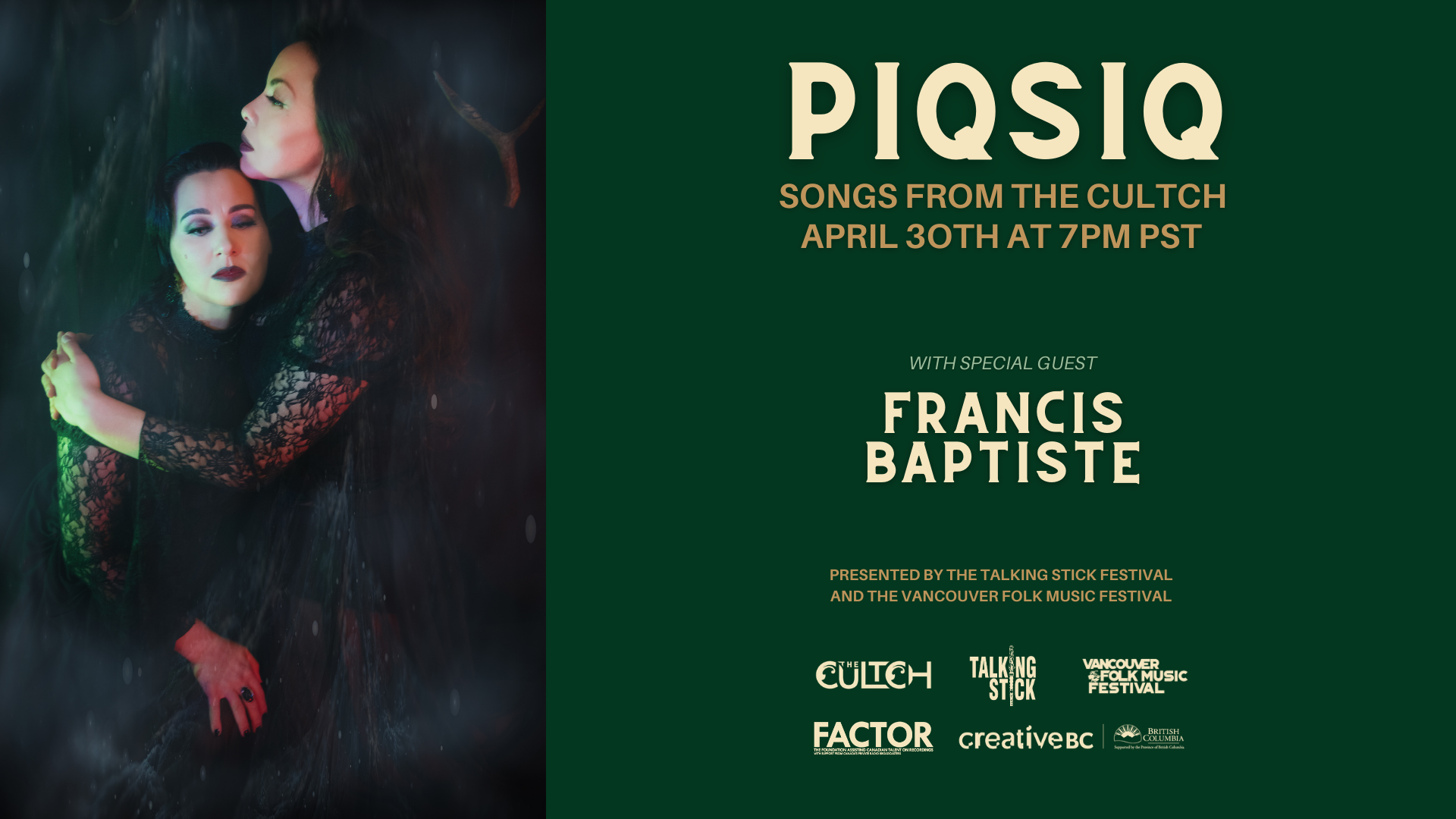 Recorded at the Historic Theatre at the Cultch, Inuit-style throat singing sisters Tiffany Kuliktana Ayalik and Kayley Inuksuk Mackay, the duo PIQSIQ, perform ancient traditional songs along with those that take inspiration from the modern world around them. It’s a singular singing style born of a hard-won skill perpetually galvanized by the winter darkness and haunting northern beauty of Nunavut and their Yellowknife home, blended with their love of haunting melodies and otherworldly sounds. PIQSIQ performances, in alignment with throat singing’s original and spontaneous form, are truly enthralling and unique to every show. Opening the concert is Syilx/Okanagan singer-songwriter Francis Baptiste. Currently working on his debut solo album, Francis incorporates his language, N̓syilxčn̓ - currently spoken fluently by only 150 people - into his songwriting. Radio host, producer, speaker and role model, Suzette Amaya is the evening’s MC.

The show will be broadcasted below at the time of the event.

This event is not available for replay.
X