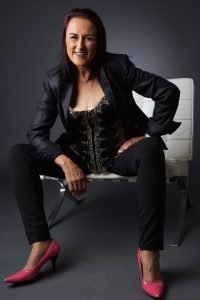 Sandy Scofield is a multi-award winning Cree/Métis composer, sound designer and singer/songwriter whose music has been described as that of a transforming trickster.

“Scofield is the living proof that the Native American culture has … [stepped] into the 21st century.The fusion of different music styles creates and extraordinary collection of world music.” – Adolf Goriup, FolkWorld