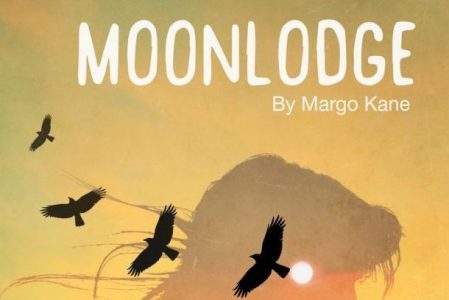 Agnes is a girl who was removed from her home by Child Welfare government services. She grows up in a series of foster homes, away from the warmth and support of her family and her cultural community. Popular media depicting Aboriginal people both fascinate and disgust Agnes. In the 1960s she joins many others hitchhiking across America, and in that journey she discovers the authentic voice inside her that had been silenced, but never lost.

Margo is passing her work into the hands of two of Canada’s brightest upcoming theatre artists. Directed by Corey Payette, for the first time, Moonlodge will be performed by a new actor, Paula-Jean Prudat.